PENNSAUKEN, N.J. — Four local breweries have come together to brew a collaboration beer with proceeds going to charitable organizations.

The Friends Giving Initiative has the goal of supporting local charities that work toward feeding food-insecure families throughout the South Jersey and Philadelphia region. Borne from a brainstorming meeting at Double Nickel, the idea quickly grew from a casual beer name suggestion into what is now planned to be an annual charity initiative.

“We came up with the idea while working on names for our November limited beer release,” says John Dalsey, Marketing Director at Double Nickel. “Some pretty unexciting names were thrown around, but, when someone said ‘Friends Giving’, the thought came up that it could be a cool name for a collaboration between multiple breweries rather than what has more traditionally been between just two breweries. As we talked about it some more the ‘Giving’ piece naturally fell into place as the suggestion of doing it as a charity fundraiser was brought to the table.  From there it has just ballooned into a much bigger concept that we’re all incredibly excited about.”

When approached with the proposed plan, Cape May, Tonewood, and Urban Village were quick to join the cause. From there, other suppliers and vendors with whom the breweries regularly deal were contacted about helping to maximize the efforts. Most were willing to assist with varying donations of ingredients, packaging supplies, discounted services, and the like. 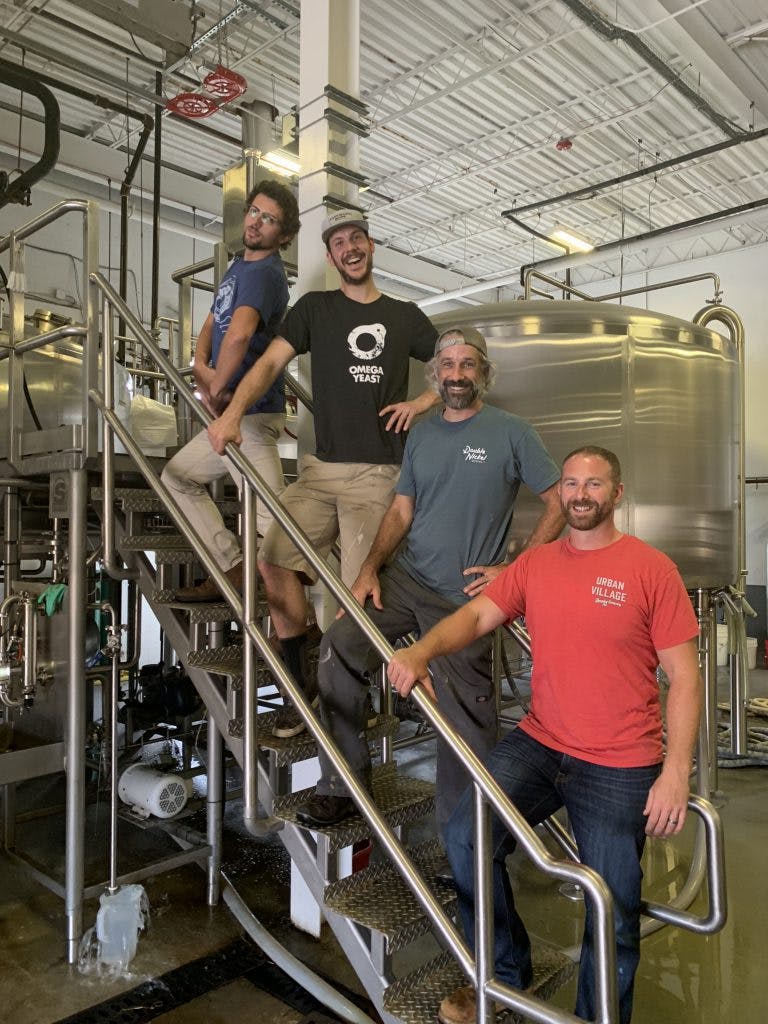