This error message is only visible to WordPress admins

Unlike many of the local Philadelphia area breweries, steeped in rich traditions that span decades, Double Nickel is the result of Head Brewer and Co-Founder, Drew Perry’s, hard work and commitment to the crafts.

Drew has been brewing beer his whole professional life, working his way from the packaging line to head brewer. At his most recent gig, Drew led recipe development and contract brewing for a Virginia-based operation that produced beer for dozens of other microbreweries. But the dream was always the same: to return to New Jersey and start his own brewery. After tireless hours brewing and carefully cultivating flavors, he made that dream a reality when he transformed a defunct fitness and spa center into 22,000 square feet of beer producing behemoth.

In only a short time, Double Nickel is already well on its way to becoming a major contender in the Philly/South Jersey craft beer scene. 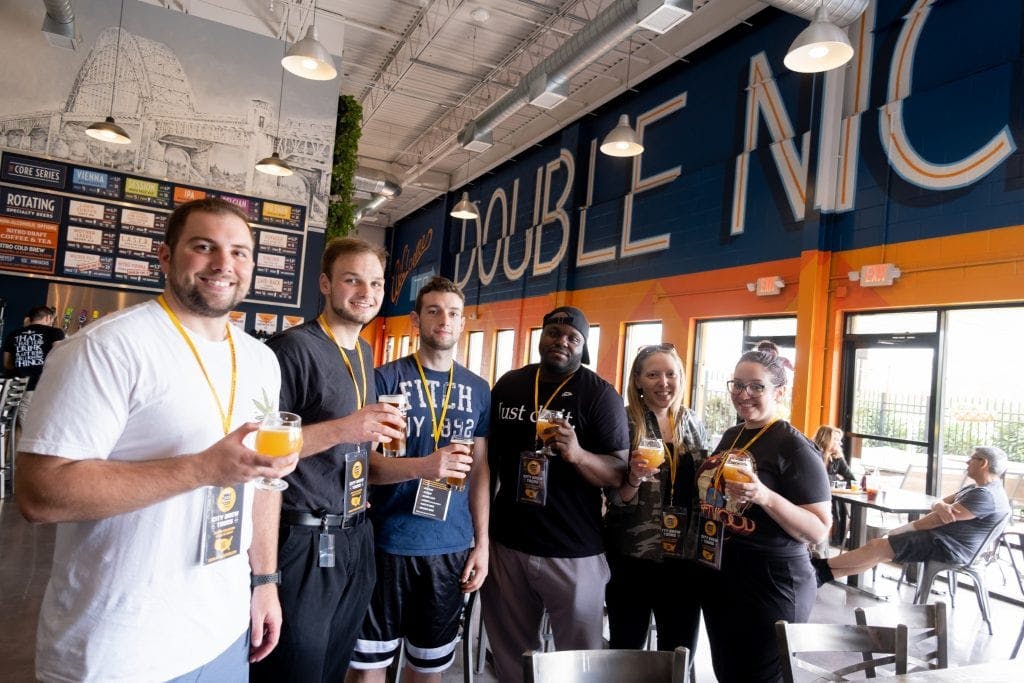