If you have any doubt about the popularity and growth of the New Jersey craft beer scene, take the Tacony-Palmyra Bridge from Philadelphia, or a jughandle from Rt. 73, and visit Double Nickel. Since opening in 2015, the brewery has increased its output, expanded its taproom, won awards in Philly and refreshed its branding. More importantly, they’ve created a series of seasonal and barrel-aged beers for the true connoisseur.

The brains behind the operation is Haddonfield-born head brewer and co-founder Drew Perry. Fresh from celebrating the Philadelphia Eagles’ Super Bowl victory, where Double Nickel gave out free drafts of the Vienna Lager after both the big game and the victory parade, Perry talked about the long road from hauling cases of beer on a factory floor to being one of the brightest faces of the New Jersey beer scene.

Perry originally intended to become a physical therapist when he went to Ursinus College.

“I quickly came to the realization when I started working that I didn’t like working with patients,” he said with a big laugh. “That’s a problem.”

While working at an office, Perry took a part-time job at Flying Fish, one of New Jersey’s original craft breweries, in 2006. There, he learned the ins-and-outs of brewing and operating equipment from Gene Muller. 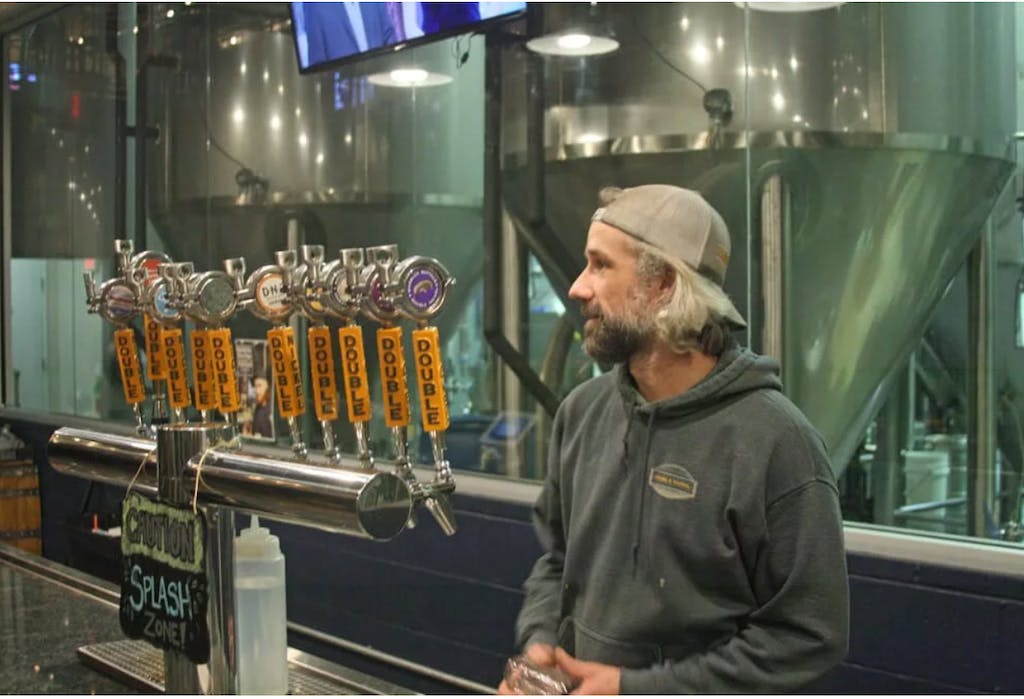