Lots of folks grab a growler or a four-pack of their favorite craft beer to bring to a Friendsgiving gathering. But how meta would you be to bring a Friendsgiving beer, brewed by actual friends, to your host? Soon, you can do just that as four area breweries team up before the holidays to brew one collaborative beer.

Friends Giving Hazy IPA is the first “Friends Giving Initiative’’ to come out of Double Nickel Brewing Company in Pennsauken. The brewery is joining forces with brewers from Cape May (Lower Township), Tonewood (Oaklyn) and Urban Village (Philadelphia) breweries to create the beer in time for Friendsgiving and Thanksgiving events.

“This will be the first year for our ‘Friends Giving Initiative,’ which is our way of turning a little creativity, community and collaboration into support for local organizations working to help food insecure families,’’ says John Dalsey, marketing director for Double Nickel.’’

Thanks to a long list of sponsors, 100 percent of the sales of Friends Giving Hazy IPA (7 percent ABV) will go to three regional organizations, one in Philadelphia and two in South Jersey, to help feed hungry families during the holidays.

Charities benefiting include Philabundance of Philadelphia, Cathedral Kitchen of Pennsauken and Sacred Heart Church of Camden, for its holiday meal program for the food insecure.

The brewers gathered at Double Nickel on Thursday morning to begin making 90 barrels of the beer. The IPA isn’t just “friendly’’ in name – many of these guys are long-time friends and support each other’s breweries. 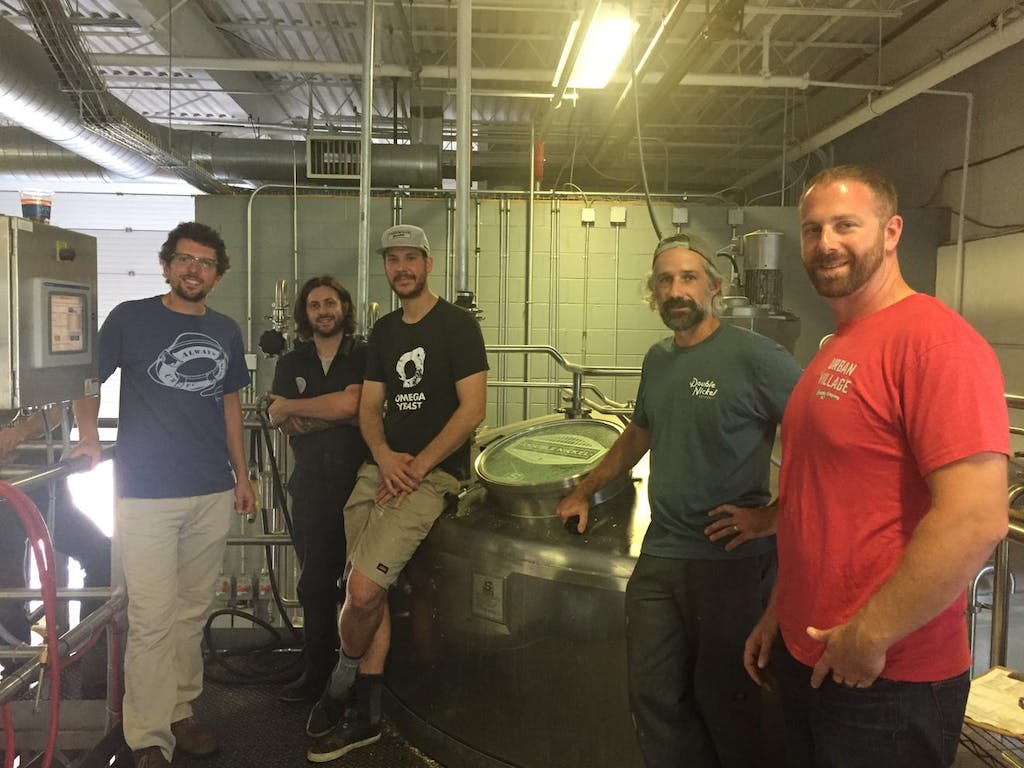