Forbes: Take A Trip To Double Nickel Brewing, One Of The Most Relaxed Taprooms In New Jersey

Forbes: Take A Trip To Double Nickel Brewing, One Of The Most Relaxed Taprooms In New Jersey 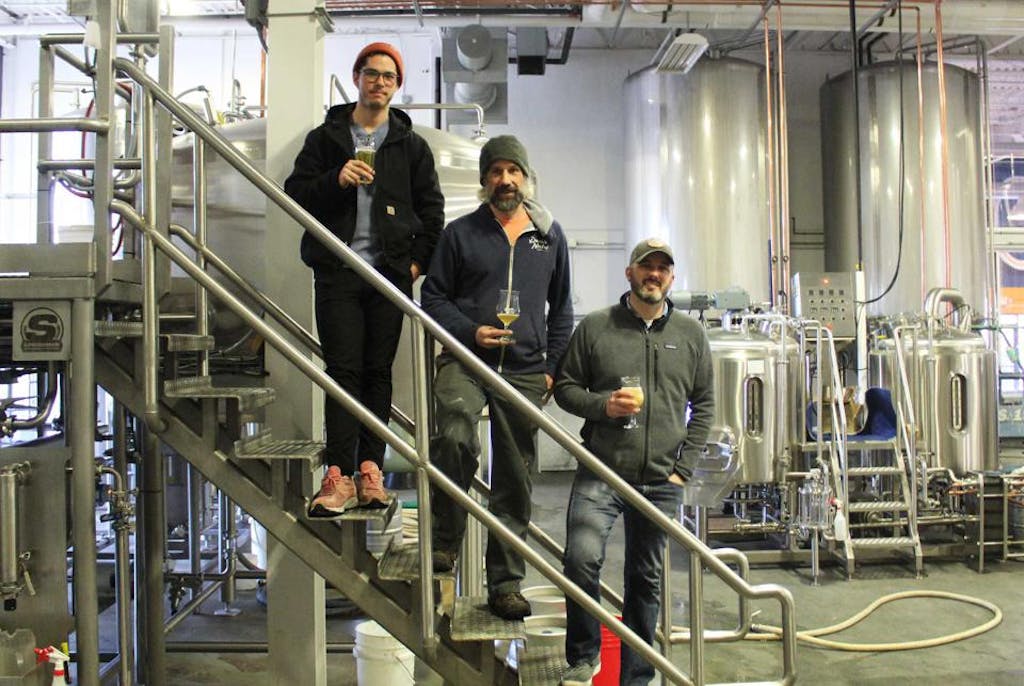 Double Nickel Brewing in Pennsauken Township, New Jersey, cultivates a family-friendly environment. The brewery, which sits right across the Delaware River from Philadelphia, Pennsylvania, is equally suited to a few pints of technically excellent lager as the latest double dry hopped IPA.

Double Nickel is the brainchild of four South Jersey natives: Dr. Bob Dalsey and his son, John Dalsey, as well as Drew Perry and Brian Needham. Their story forms a complex web of family friendship.

Brian and Drew attended high school together in Haddonfield; although the 36-year-old Drew is two years younger than Brian, he attended class with Drew’s sister, and he and Drew hung out together.

One summer, Drew and Brian formed a lawn care business. In addition to running the business, Brian also worked at the town’s summer camp, where future Double Nickel co-founder John Dalsey attended with his siblings.

“He was trouble,” Brian says of John. “A lot of trouble.”

When Drew graduated with a major in exercise and sports science from Ursinus College, he joined AmeriCorps.

“This was just after Katrina,” Drew recalls. The position took him to Louisiana for about six months, then Arizona, Oregon, and California.

“The Oregon stay was three doors down from the Rogue Brewery in Newport,” says Drew. “That’s when I realized that beer could be a career, not just an interest.”

From AmeriCorps, Drew came home and took a part time job at Flying Fish Brewing Company in Somerdale, New Jersey. He took a second job at the physical therapy office where he’d worked throughout high school and college. His boss? Dr. Bob Dalsey.

“I was either going to go back to grad school for physical therapy or going to get a brewer’s education,” Drew says. In 2008, he chose a year-long course with the American Brewer’s Guild. After getting his brewing education, Drew worked at Flying Fish for another 7 years before moving to Sterling, Virginia, to help Sten Sellier open Beltway Brewing Company.

Meanwhile, Brian was working for a guy that sold computer parts. He recalls that it was a “very weird industry.” He was looking to switch things up and get into the beer industry, and because of his relationship with Drew, he got his opportunity with a New Jersey beer wholesaler.

Everything came together for the group in 2014, when Drew moved back to New Jersey. He and Bob had decided to open a brewery together, and they purchased a building in July of 2014. One day, Drew showed up at his old friend Brian’s house with a couple of hoagies and convinced him to leave his job at the wholesaler to sell for Double Nickel. John, one of four children and an undergraduate senior at the University of California Santa Barbara, rounded out the crew by doing their design and marketing.